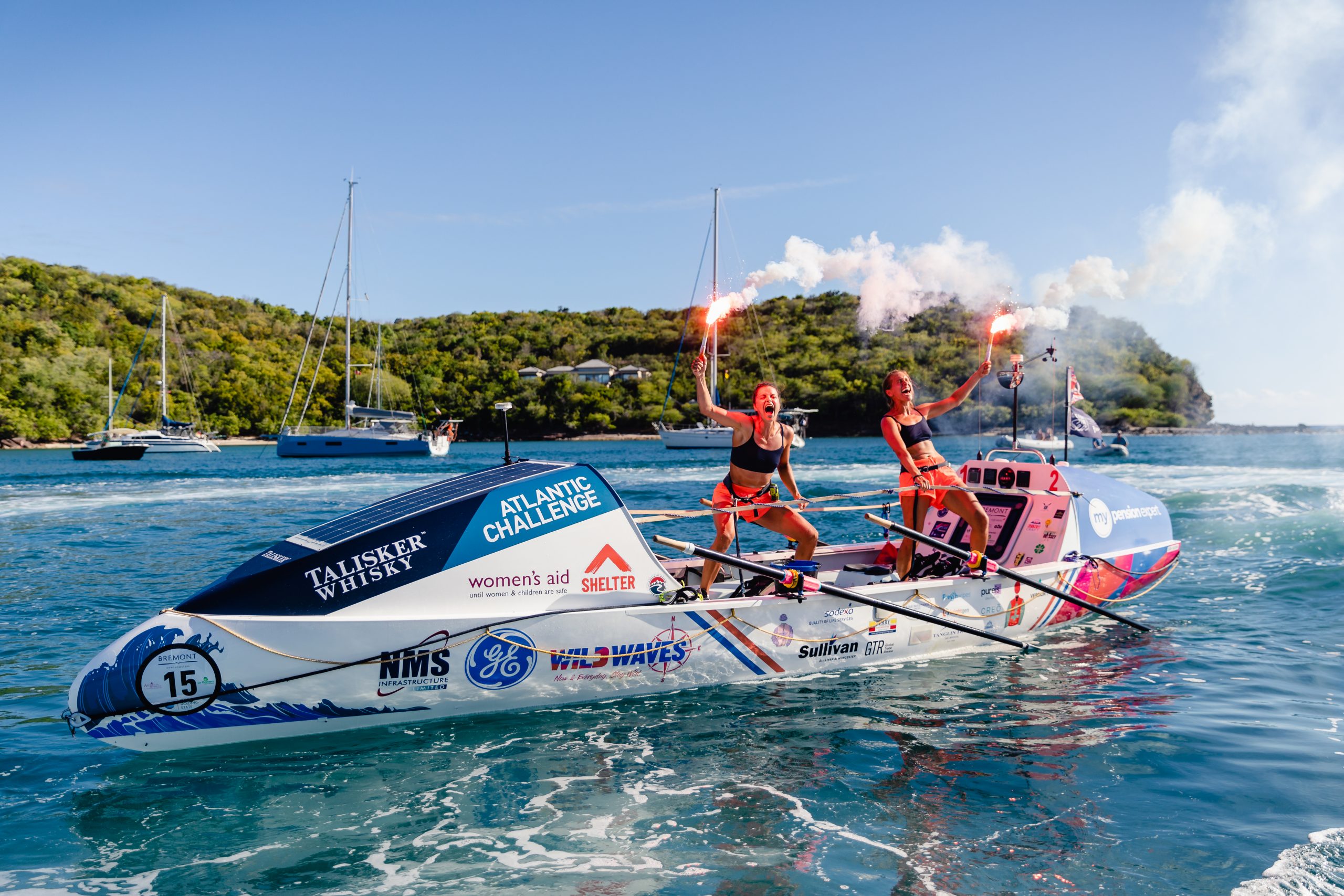 Team Wild Waves was embarking on a remarkable challenge, one which saw them smash a world record in rowing. And they were doing it all for charity. Through a combined Instagram, LinkedIn and Twitter campaign together with traditional media and broadcast, HeadOn PR helped Team Wild Waves bring their story to the attention of local and national audiences, skyrocketing donations to their charities and strengthening their media and online profiles.

Charlotte Harris, from Fleet in Hampshire, and Jessica Oliver, from Dowdeswell, near Cheltenham, otherwise known as Team Wild Waves, are two extraordinary women pushing their limits to raise £100K for the charities Shelter and Women’s Aid. No strangers to immense challenges, Charlotte and Jessica had already completed marathons, triathlons and an unbelievable ‘Fight Night’ with the White-Collar Fight Club, raising £8,000 for their efforts. However, their latest challenge was something else.

The Talisker Whisky Atlantic Challenge involves participants rowing 3,000 miles across the Atlantic Ocean from San Sebastian in La Gomera, Canary Islands, to Nelson’s Dockyard, Antigua and Barbuda. Crossing the ocean in a mere rowing boat is an incredible physical and mental challenge, where rowers need to eat around 4,000 calories a day while battling sleep deprivation, up to 30ft waves, sharks and whales. However, this challenge would be of another level for Wild Waves, as they had no prior ocean or rowing experience. But Charlotte and Jessica knew its completion would provide a massive step towards achieving their fundraising goal.

Team Wild Waves contacted HeadOn PR seeking our support in developing and executing a local and national fundraising public awareness campaign though social and traditional media. The objective was to raise Charlotte’s and Jessica’s profile on Team Wild Waves, support sponsors through publicity and drive donations.

Leveraging our extensive media connections via our Digital PR and Broadcast Services, we secured widespread national and local media coverage, TV and radio interviews for Team Wild Waves before and after the event.

When Team Wild Waves completed the challenge in an incredible 45 days, seven hours and 25 minutes, they shattered the world record for female rowing pairs. To capitalise on this success, we adapted our strategy and narrative to reflect this impressive achievement, generating further publicity and attracting even more donations.

The interest, engagement and donations received for Team Wild Waves’ fundraising challenge meant that all of their objectives were achieved and expectations exceeded.

Donations rocketed once the press coverage and social media campaign got underway, to help them reach their fundraising goal of £100,000.

How HeadOn PR can help you

Our services are not exclusively for businesses and organisations; we also support individuals wanting to raise their profile through social or personal stories. Using our expertise and connections in the digital media and broadcasting industry, we can boost your profile and engagement for your campaign or event. We can also create and deliver compelling social media campaigns to grow your online profile and reach. To get in touch, contact us here.

BACK TO ALL CASE STUDIES